A Wolf In Preacher's Clothes 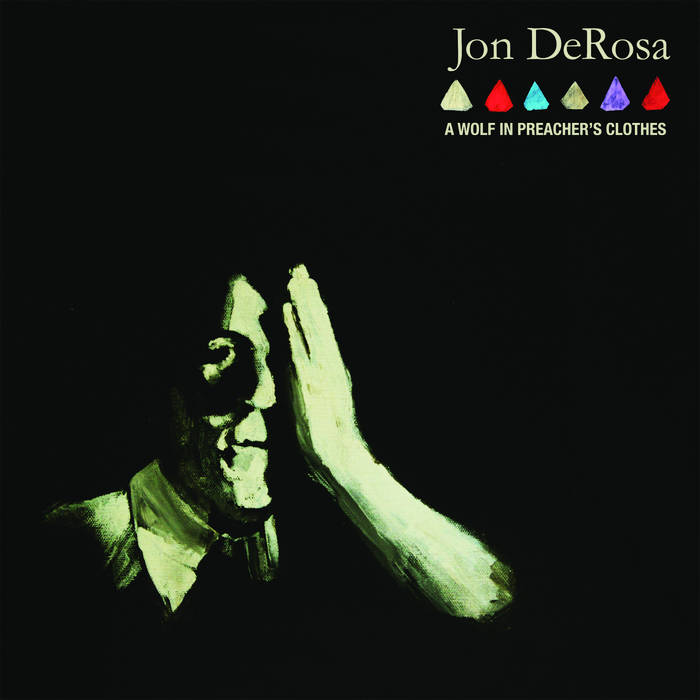 Influenced by vocal standards of the 1940's, teenage jukebox anthems of the 50's, and the mod and girl-group sounds of the 60's, Jon DeRosa combines them all to create a cocktail of song-driven atmospheric chamber pop. While these elements are unmistakably the "backbones, DeRosa's songs are most certainly fleshed out by his post-punk past, as nods to artists like Echo & The Bunnymen, Lou Reed, The Chameleons and Robert Wyatt peak through the orchestral sections at every turn.

But atop the soaring strings and brass, DeRosa is first and foremost a storyteller, and it is these stories sung in a darkly resonant baritone that set his songs apart from ordinary "pop music." While to date DeRosa is best for his work behind the decade-long atmospheric drone-pop project Aarktica, here DeRosa croons and entertains, a modern day troubadour, equal parts Scott Walker, Morrissey and Sinatra.

The album was produced by Charles Newman (Magnetic Fields, Gospel Music). DeRosa's debut EP Anchored was one of three albums nominated by NPR's Ann Powers as "Best Undiscovered Music of 2011".

"For all its sad loveliness, [A Wolf In Preacher's Clothes] carries inside it a punk aversion to fluff and cliché, a leaning towards darkness and minimalism that might seem more rock than pop, along with its dreaming heart, that of a romantic, but perhaps a cynical one. A song like “Don’t Say Goodnight” is both something that could be in a Fred Astaire movie and an anti-sentimental argument for plainspoken-ness. In that way he’s embodying the romantic pop ballad form while subverting it. The song is also an exercise in space and air, illustrating the way wind can blow through a song and leave it open to possibility and mystery. The whole album is like this – not unfamiliar, but at the same time completely surprising and exciting." - PopMatters

"On the opening cut, “Birds of Brooklyn” you’re immediately struck by the smoothness of his deep voice; think Scott Walker, Leonard Cohen and, to a certain extent, Nick Cave. The intriguing melody and swooping orchestration bring home a winner. Same with the stunning “True Men” in which DeRosa namechecks both Robert Mitchum and William Holden amidst a swirling backdrop of crying strings. “Teenage Goths” kicks the tempo up into 3rd gear with a choppy, start/stop cut that melds into a dancing melody (same with “Who Decides?”), while “Easter Parade” gives it the neatly- trimmed tag of chamber-pop with DeRosa’s croon in full effect. And on “Ladies in Love,” well, there won’t be a dry eye in the house by the song’s end. If anyone’s listening, this will end up on several best of 2012 lists – including my own." – Tim Hinley, Blurt

Bandcamp Daily  your guide to the world of Bandcamp

Guest hosted by Tamar Osbourn aka Collocutor and Toshio Matsuura.